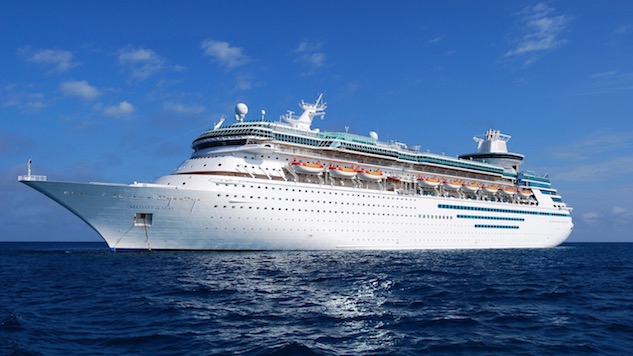 To me, taking a cruise always felt like the antithesis of travel. I’ll allow for a few exceptions. Places like the Galapagos, Antarctica, and parts of Alaska—locations where being on a boat exposes you to sights and sounds you wouldn’t be able to witness in any other way. But for the most part, boarding a cruise ship for a week feels dry and anonymous, a trip that may flirt with different ports, but nothing that delivers the essential ingredients of travel: full immersion into a new culture—its food, architecture, traditions, and people. While traveling, things can get uncomfortable. And that’s the point. Whereas cruise ships do their best to make every passenger as comfortable as possible, with all-inclusive food and beverages and legions of themed restaurants, along with water slides, climbing walls, night clubs, and fancy galas.

Other than a small-ship tour through the Galapagos, I’ve never been on a cruise. But something a dive master told me stuck with me. We were in the Cayman Islands, which sees a steady flow of massive cruise flotillas and armies of sun-burned vacations flooding its small city streets en mass for a designated period of time. He said those floating cities are filled with the “newly wed, nearly dead, and over-fed.” A bit harsh, perhaps. But it also felt earnestly on the nose.

I’ve had the good fortune of writing about travel and the world’s beverage scene for decades. So, when news broke that Carnival Cruises installed breweries on two ships—a first for a North American cruise line—some might think that my aversion to cruises would be swayed by my love of craft beer. But it honestly felt like a sign that the craft beer scene has finally jumped the shark.

It doesn’t help that one of the new breweries on the 3,960-passengear Carnival Horizon is housed in Guy’s Pig and Anchor Bar-B-Que Smokehouse. Guy, as in Guy Fieri, that celebrity chef with the frost-tipped, spiked hair, the same Food Network star whose Times Square American Kitchen and Bar once received arguably the harshest review ever published by The New York Times. I just don’t marry the concept of fine dining with flaming skull tattoos. Mind you, I don’t know that he has that particular tattoo. But I’d put even money on it.