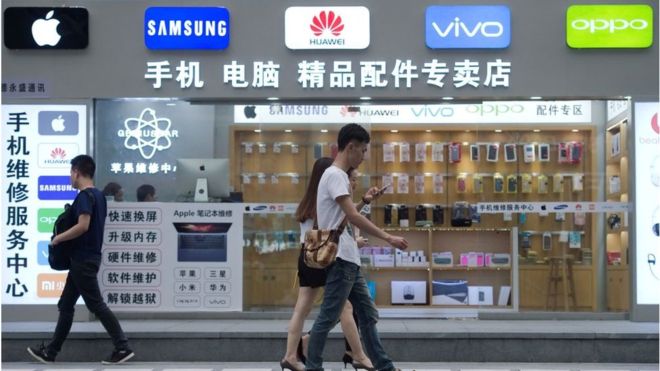 China’s smartphone market has fallen for the first time, with annual shipments down by 4% in 2017, according to data from research firm Canalys.

Despite the overall slowdown of the market, Huawei saw double-digit growth, the Canalys report said.

Between 2010 to 2015, the global smartphone market was mostly a showdown between Apple and Samsung.