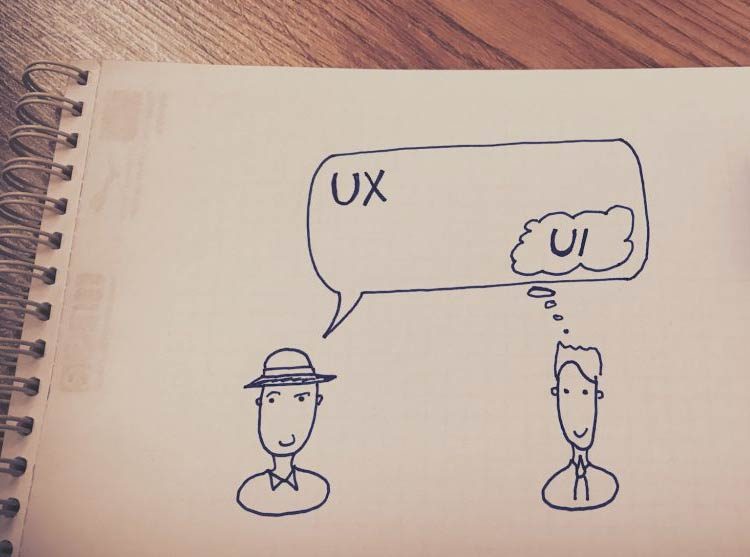 Whether we like it or not, “what’s the difference between UI and UX” is a very common question. I would even risk saying that it’s among the very first questions people ask when they are introduced to the terms “UX” and “UI.”

“Both start with the letter U, right? So how different can they be?”

Read on to find out what the fundamental difference between UI and UX is, and how to talk with your client if they ask you that ever-popular question.

Even though you most likely already know the official meanings of these terms, we should still cover them even if just for the sake of keeping the argument complete.

UX design stands for user experience design. In its current form, the term was introduced by Don Norman of Nielsen Norman Group in 1990. His original main takeaway was this:

“User experience” encompasses all aspects of the end-user’s interaction with the company, its services, and its products.

UI design, on the other hand, stands for user interface design. There is no such handy and clear definition of it, I’m afraid. Basically, the only consensus we’ve reached here is the definition at Wikipedia: